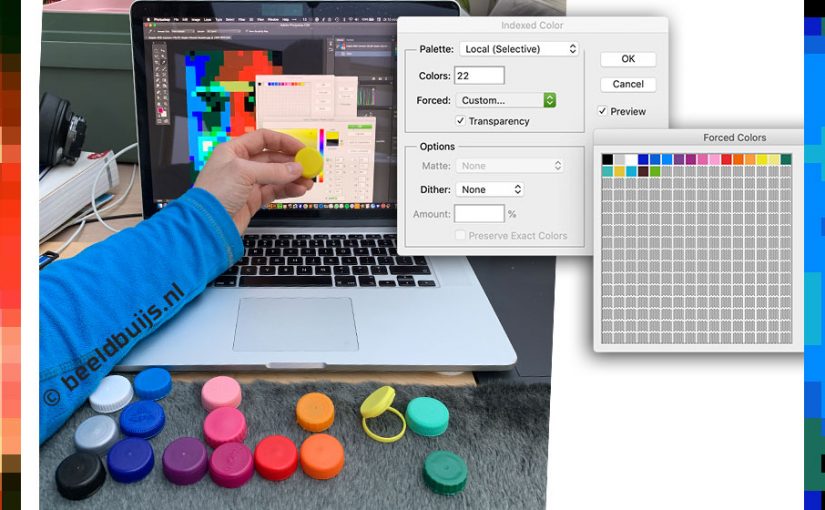 I wanted to make a portrait, made out of plastic bottle caps.

Because bottle caps are extremely hard to find in subtle colors, it would be impossible to make an image with ordinary bottle caps, without using an enormous canvas, that would allow for mixing colors. So I had to use some clever trickery.

Instead, I turned it around as much as possible: I started by making a portrait with bright colors. Using red, blue and green lightning, the resulting image already was much closer to the available colors than the skin tones you’d get with normal lightning. I enhanced the image (on the left) some more in Photoshop, to push the colors even more towards RGB-values, without losing the shadows and highlights.

By entering the colors of 22 of the most common plastic caps, I created a color index. This resulted in the image on the right. This is the portrait you’d get with plastic bottle caps. Of course, they are round so you’d see some canvas / background between them, but this is a usable preview.