‘Eerie Indiana’ is a television series from the eighties, aimed at early teenagers. Despite it’s age and target audience, I still find the stories amusing and intriguing. I never saw all episodes, so I decided to watch them in order of appearance.

As the title suggests, Eerie Indiana shows you a view on the world – well, on Eerie, the small and most average town of the land – through the eyes of young teenager Marshal Teller, who has just moved there with his average family. No surprises so far. However, together with his neighbour friend his investigating mind helps him finding out all kinds of strange facts about the inhabitants. 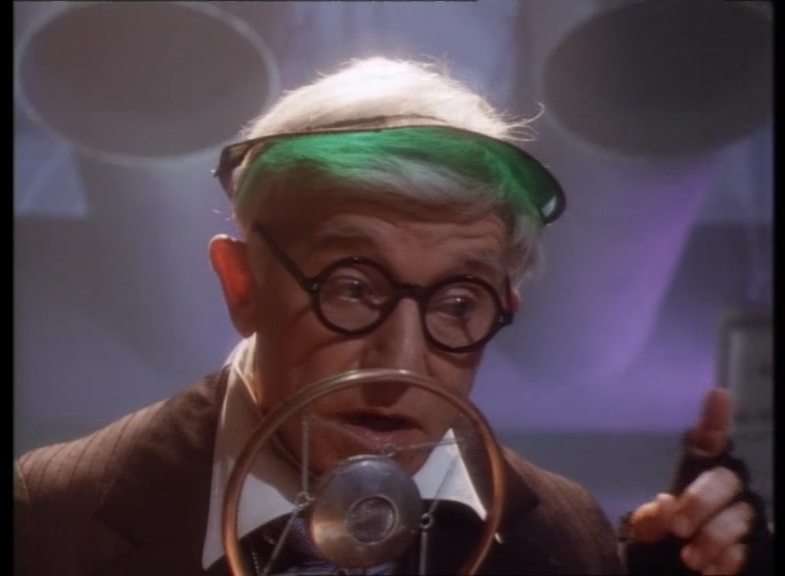 In S01E04, The Losers, Marshall visits the Bureau of Lost, that inhibits a clerk named Mister Lodgepoole who strongly reminds me of a young Futurama’s professor Hubert J. Farnsworth. Not only does his voice resemble Farnsworth, even his facial expression looks similar. Was Farnsworth’s voice actor Billy West inspired by Lodgepoole or is this pure coincidence?

The titles do not reveal the names of these guest stars, but via IMDB I found out that it’s the late Henri Gibson.